JAN CHWAŁCZYK was born on June 15, 1924 in Krosno. In the years 1946-1951, he studied at the State School of Fine Arts (now Academy of Fine Arts) in Wroclaw, in the atelier of Prof. Eugeniusz Geppert. For more than seventy years of his artistic work, he dealt with drawing, painting, photography, created spatial installations, actively participated in mail art movement, he was an author of exhibitions and various publications, and above all, he was an organizer of artistic life in Wroclaw, Poland and abroad.

In the 1950s, he created, among others, with his wife, an artist Wanda Gołkowska, a group of Searching for Form and Colour, and in the 1960s, Wroclaw Group. In 1965, he took part in the 1st Biennial of Spatial Forms in Elblag, and in 1966, in the Symposium of Artists and Scientists in Pulawy. At the turn of the 1960s and 1970s, he participated, along with Jerzy Ludwiński, in the activity of Wroclaw Mona Lisa Gallery, where he presented in 1969 his individual exhibition „Portraits and Self-Portraits”. Since the 1960s, he participated in the Symposium of Artists, Scientists and Art Theoreticians – plein-air workshops in Osieki. In the 1970s, he joined the current of conceptual art, creating his works entitled „Portrait of Art” (1972), „Counterpoint” (1972-1974), as well as running the Gallery of Creative Information in Wroclaw in the years 1972-1975. During the Symposium Wroclaw 70’, Chwałczyk, he presented a project called „Reproducer of the Solar Spectrum”, and on May 9, he carried out a concept of Henryk Stażewski entitled „Spatial unlimited composition” („9 rays of light in the sky”), showing for 85 minutes colourful rays of light thrown into space of Wroclaw sky by 9 reflectors. This installation was created again in 2008 in front of Palace of Culture and Science in Warsaw, thanks to initiative of the Museum of Modern Art in Warsaw.

Since the mid-60s, light and shadow and colours created by them have become the main area of interest for him, as well as inspiration for his artistic work. In the next decades, he created spatial compositions and installations called „Reproducers of Light and Shadow”, in which he analysed physical structures and visual effects connected with the issue of light. In the 1990s, Chwałczyk also participated in the plein-air workshops for the Artists Using the Language of Geometry organized by Bożena Kowalska. In 2006, he was awarded the Prize of the Minister of Culture and National Heritage. In 2011, he was honoured with Silver Medal for Merit to Culture Gloria Artis. Jan Chwałczyk died on December 10, 2018 in Wroclaw. 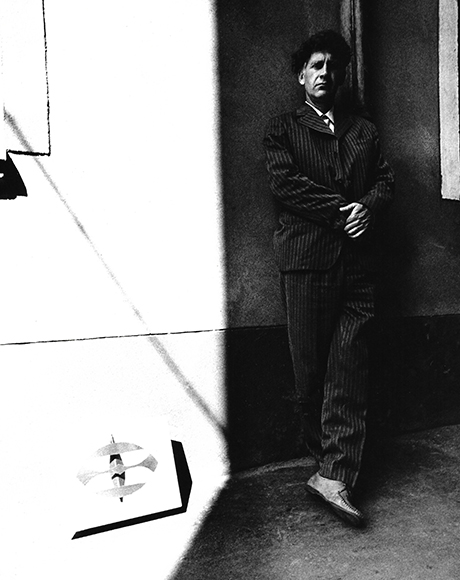 The authors of the photos are (among others):